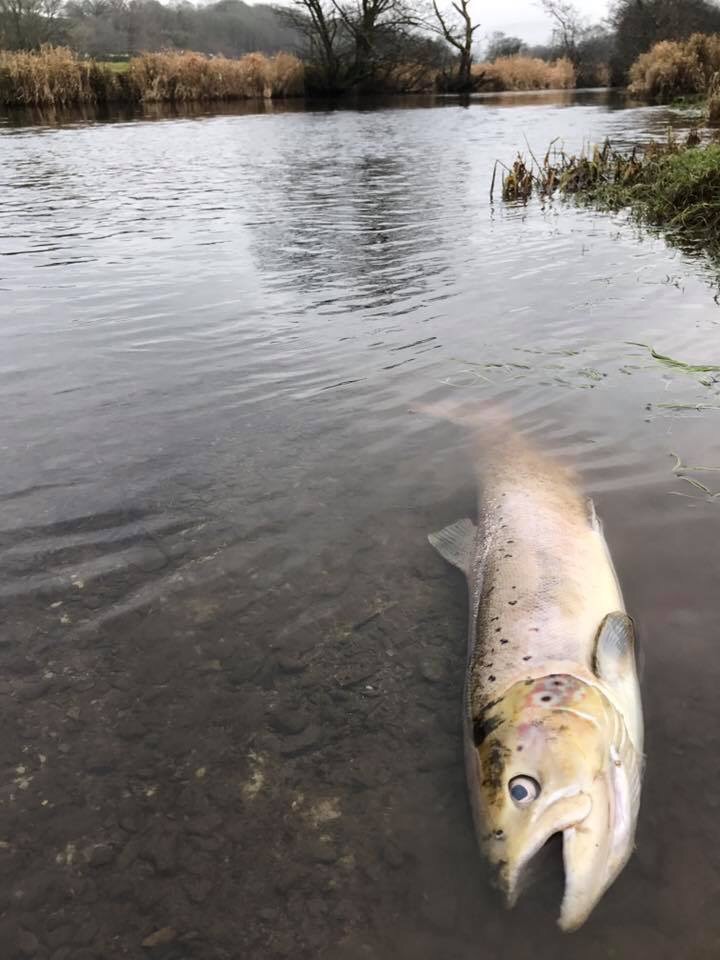 In the circles in which I move most people won’t be at all sorry to see the back of 2016. Losing the likes of David Bowie, Victoria Wood, Caroline Aherne, Terry Wogan, Leonard Cohen, Rick Parfitt and now George Michael was a salutary reminder that even those who have been a constant presence in our lives will eventually fade away. But why so many in a single year? And with Brexit, Donald Trump, Aleppo and the massacres in Nice and Berlin, at times it felt like 2016 was the year that the lunatics really had been handed the keys to the asylum.

It’s not been a bed of roses on the fishing front either. Earlier this month the River Teifi in Wales, which was once one of the premier salmon and sea trout rivers in the UK, was polluted with farm slurry and thousands of these fine fish were killed. The impact on fish stocks is likely to be very severe for up to a decade, and both local and the visiting anglers who bring money into the Welsh economy have had their sport destroyed.

The Angling Trust partner organisation, Fish Legal, a membership association for angling clubs and fishery owners, is investigating the Teifi pollution to see if it can make a compensation claim for its member angling clubs and riparian owners who have been affected. However, many elderly anglers who have fished the river all their lives may not live to see it restored to its former glory and hundreds of anglers have gone onto internet forums to express their fury at the pollution of this beautiful river. Perhaps none more poignantly than Charles Jardine – possibly the most respected fly fisherman in the UK – who wrote:

When in God’s name will people realise, that rivers are the threads that bind us all together – land, people, life. And when will agencies (supposedly) working on the environments behalf – and ours – take polluting these vital strands of life seriously enough to hand out fines so harsh, that people will REALLY think twice about destroying such precious resources

This tragic incident is the latest in a rising tide of major pollutions from farms affecting rivers in England and Wales. Government figures show that farming – not sewage or industrial discharges – is now the top cause of major pollution incidents in the majority of rivers. At the Angling Trust we have repeatedly called for tougher regulation of farming but our governments in Westminster and Cardiff have chosen to take a light touch to regulation.

Back in September, following the referendum decision to leave the European Union, we brought together all the UK’s major angling and fisheries conservation groups and published a joint paper setting out our concerns over any moves to water down EU environmental legislation and urged the government to seize opportunities for reform of policies regarding farm subsidies and fisheries management. The paper – BREXIT, FISHERIES AND THE WATER ENVIRONMENT – produced by the Angling Trust & Fish Legal, Atlantic Salmon Trust, The Rivers Trust, Countryside Alliance, Salmon & Trout Conservation UK and the Wild Trout Trust argues for urgent reform of the wasteful and environmentally damaging system of agricultural subsidies which in some cases can even encourage and reward farmers who cause pollution. We called for the Common Agricultural Policy  to be replaced by payments that reward environmentally sensitive practices delivered through farmer-earned recognition and voluntary accreditation. The report also identified a number of opportunities arising from Brexit which could potentially benefit both the aquatic environment and rural businesses.

We called on ministers to make provision for the safeguarding of standards of environmental protection derived from European Union legislation, including for water, air, soil, flood protection, and climate change, after Britain’s withdrawal from the EU.
The full report can be found here: http://www.anglingtrust.net/core/core_picker/download.asp?id=7863 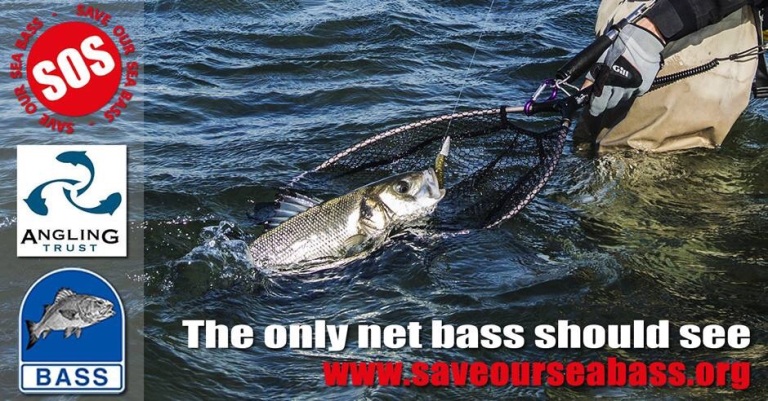 Slow progress on bass
On the marine front 2016 has been marked by battles over bass and netting. It all came to a head at the EU Agriculture and Fisheries Council meeting in December which decides the catch limits for the following year.

Right across Northern Europe bass stocks are in deep trouble because of commercial overfishing and the repeated failure of politicians and fishery managers to follow scientific advice and introduce the necessary conservation measures. The Angling Trust and Bass Anglers’ Sportfishing Society have pressed hard for ban on bass netting and we were delighted when the EU Commission published proposals for 2017 for a sustainable and well managed recreational and commercial hook and line only bass fishery.

The annual fisheries debate in the House of Commons saw strong representations from all parties in favour of the Commission’s proposals to help rebuild bass stocks following the damning ICES scientific assessment for 2017. Over 11,000 people signed a national Save Our Sea Bass petition and at long last it looked like we might see the end of the bass nets that have done so much damage to this fine sporting fish.

Anglers have been at the forefront of the campaign for bass conservation measures to rebuild threatened stocks. Unfortunately 2016 saw disproportionate restrictions on anglers but increased commercial catch limits which were bad for bass, bad for coastal businesses, bad for the tackle trade and damaging to our sport. The Commission’s proposals for 2017 would have not only seen the removal of the damaging bass nets, which also kill sea birds, porpoises, dolphins and seals, but the introduction of a more flexible monthly bag limit for anglers. This would be good news for the struggling charter boat fleet and for the fishing tackle trade as more anglers would once again go bass fishing, putting more money back into the coastal economy.

I never tire of reminding politicians that the VAT alone which is collected from sea anglers dwarfs the entire value of all commercial fish landings in England and that sport fishing for bass delivers up to 40 times the economic and employment impacts of the commercial bass fishery.

So what actually happened? Well there is no doubt that the pressure paid off and EU Ministers came up with a better deal for bass in 2017, recognising that targeted netting for threatened bass stocks is no longer an acceptable form of fishing. But it was also a missed opportunity. The politicians agreed to restrict bass fishing to commercial hook and line and recreational angling only but also authorised  a series of over generous by-catch ‘allowances’ which we have slammed as a political fix.

Recreational fishing rules for bass remain the same at one fish a day per angler for the latter half of the year. A proposed monthly bag limit for anglers was rejected meaning that anglers have once again been disproportionately affected when they have by far the lowest impacts on stocks and deliver the greatest economic benefit from the fishery.

Commercial trawlers are to be allowed a 3% bass bycatch – well in excess of the suggested 1% and fixed gill nets are to be restricted to a by-catch allowance of 250kgs a month. Currently they have a monthly vessel allocation of 1300 kgs so this represents an 80% reduction which has to be welcomed.

However, the danger with granting these excessive by-catch ‘allowances’ is that the inshore commercial netters will just treat this as their own personal quota rather than a measure to reduce discards in response to ‘unavoidable by-catches of seabass’. In fact several of them have been boasting on social media that this is precisely what they intend to do. I foresee some interesting times ahead now that the legislation has been published for 2017. Bass netting is a largely targeted activity and the new rules state quite clearly that it will be illegal to deliberately target bass with nets: “no fishing for sea bass by commercial vessels targeting sea bass, except for long lines, pole and lines”.

It may well be necessary to call upon anglers to photograph, film and report any commercial fishing activity that is clearly targeting bass shoals with nets in order to ensure that the unavoidable by catch provision is not abused in pursuit of profit.

Reasons to be cheerful

I like to think of myself as an optimist – an essential trait in any angler I would suggest – so, forgetting the disappointments and tragedies of 2016 here are three reasons to be cheerful as we head into a New Year.

Despite the best endeavours of politicians, bureaucrats and the all too powerful farming lobby many of our rivers are fishing particularly well at the moment. The Thames and the Trent are definitely on the up and the dace have returned in numbers to in both the Severn and the Wye. I’m hoping this will see more anglers returning to running water and that the art of float fishing a flowing river will not, after all, become consigned to the angling history books.

Secondly, as someone who remembers the dreadful perch disease that all but wiped out stocks of these lovely fish in the 1970s, I cannot help but celebrate the revival of these striped warriors the length and breadth of the country. Monster perch approaching five pounds can now be found anywhere from tiny farm ponds and sedate canals and drains right through to mighty rivers and huge gravel pits and reservoirs. With the growing popularity of drop shotting and lure fishing there’s now so many different and fascinating ways to target a species that once many of us thought was in terminal decline.

And lastly, how good it was to read the news that after a two year decline in angling participation, the figures are on the increase? The latest government statistics show that angling participation has increased over the last 12 months as anglers head out to the banks more often.

Latest figures show more people getting ‘out there’ and going fishing which is good news after several years in which angling numbers declined.

The Active People Survey is carried out by Sport England to establish how many people are participating in sport. The survey, looks at all sports, including angling, as part of the government drive to keep people engaged in sporting activity. 164,500 anglers were canvassed as part of the regular study to find out how often people go fishing and what is their background. For the past two years, the survey has revealed that angling participation has been dropping but an about turn this year has shown an up-lift in the figures and the frequency that people are “getting out there”.
I’m not a great one for New Year’s Resolutions but I am determined to do my bit to continue to drive up those angling participation figures by getting ‘out there’ as much as I can. So let’s close the door on ‘Two Thousand and Bloody Sixteen’ and go fishing !