For lovers of London’s river this is shaping up to be a good year. On Sunday 20th September the second TideFest event will take place on the Thames at Kew, Brentford and Barnes and last week the final legal hurdles were cleared enabling the new ‘Supersewer’ to be built which will remove millions of tonnes of storm overflow sewage discharges which enter the river every year.

A wide range of activities are currently being planned for Sunday 20th September including:

1)Paddle boarding – Active 360
Pre-booked sessions for those new to paddleboarding, an Eco tour from Kew to Hammersmith and an evening river tour to Richmond. There will be a race at Strand on the Green at 4.30pm.
2) Kayak Taster Sessions – Edge Paddling
Turn up and try kayaking with qualified coaches
3) Nature reserve community days – Thames Water
A day out at Kempton Nature Reserve – an internationally important wetland habitat with great bird life. There will guided birdwatching walks and species surveys suitable for both adults and children.
4) Community activities, refreshments and displays
The marquees on the riverside embankment will host displays on the history of the Thames Tideway, historical artefacts collected by local archivists, painting by local artists, children’s activities, refreshment stall and an information point.

.
5) Tideway displays
Look out for the display boards on the history of the Thames from Thames Water and Thames Tideway Tunnel at local venues including the London Museum of Water and Steam.

6) Junior angling games
The charity Get Hooked on Fishing will be holding a series of angling related activities on the foreshore aimed at children and newcomers to the sport.
7) Angling Competition
The Angling Trust has organised the prestigious Thames Tideway Angling Championship which will take place at Strand on the Green and Barnes. 60 top anglers from across the UK will be taking part and spectators are welcome.

8) On the Foreshore
Children’s activities including river dipping, water testing and games designed to describe what’s going on in the river are being organised by the environmental charity Thames 21
9) More Foreshore Activities
A series of highly informative Archaeological Walks and tour of Oliver’s Island will be held in the afternoon at Strand on the Green. There will also be a visit to the Lot’s Ait boatyard to learn about the history of boatbuilding on the river. A guided walk from Strand on the Green to Brentford via Lot’s Ait will also be available

10) Isleworth Ait visits
The London Wildlife Trust is once again offering people a rare chance to visit their nature reserve on Isleworth Ait.

11) Sailing competition
The SoTG Sailing Club will be holding their annual TideFest Challenge Trophy competition. Spectators welcome.
12) Boating events
The RIver Thames Society is organising four one hour boat trips from Kew Pier on the historic Thames launch the Windrush. Guided commentary included
13) Acoustic Music
It is hoped to have some live acoustic performers to entertain the crowds on the embankment.
14) Freshwater fish tanks
The Environment Agency will have their fish tanks on site displaying the fish and eels that live in the Thames Tideway.

FURTHER DETAILS
Ticketing and charges: Thanks to the generous sponsorship from Tideway Tunnels and Thames Water all the activities are either free or offered at a substantially reduced rate.
More information: http://totallythames.org/events or contact Martin Salter at the Angling Trust or martinreadingwest@gmail.com

And look out for the new website which will be at: http://www.thamestidefest.wordpress.com 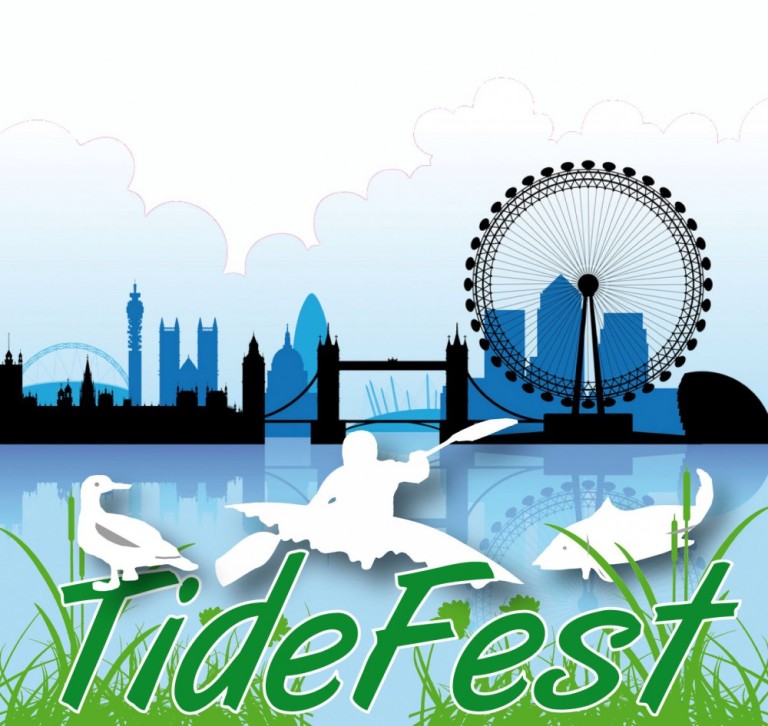 LOOK OUT FOR THE TIDEFEST LOGO

Environmental groups campaigning for the early construction of the Thames Tideway Tunnel to remove millions of tonnes of untreated sewage that enters the river every year have given a warm welcome to the news that the last remaining legal hurdle has been crossed with the rejections of the two outstanding judicial reviews lodged by objectors to the project.

Last week, at the Court of Appeal, the two remaining applications for a Judicial Review of the Development Consent Order process for the Thames Tideway Tunnel, were heard by Mr Justice Sales. The judge conclusively rejected the two applications by Mr Graham Stevens and a group called ‘Thames Blue Green Economy’ fronted by Lady Dido Berkley. There is now no legal route available for the applications to proceed further and construction on the long awaited project is expected to begin in 2017.

The Tideway Tunnel team, whilst obviously pleased with the decisions, made no public comment other to state in a message to local authorities:

“After a long and exhaustive process to reach this position, the project team can now focus 100 per cent on bringing the tunnel scheme to fruition. We look forward to continuing to work with you to achieve this.”

However, representatives of the river and environmental groups that make up the Thames Tunnel Now coalition were more than happy to acknowledge the comprehensive rejection of the judicial reviews which they always felt were without foundation and were simply a device deployed by opponents to attempt to derail the project.

“This is more great news for everyone who cares about having a cleaner Thames here in the heart of London. We all depend on the water in our rivers and need to protect it whenever we can – this project means that we can look forward to a River Thames we can be truly proud of, that we can use and enjoy safely and with confidence and where fish and wildlife can thrive.”

“The Courts have consistently made the right decisions for the River Thames and Londoners. We need a sewage system fit for the 21st century, a system that no longer fouls the Thames, damaging the river’s fragile ecosystem and threatening the health of all who use it.”

Tim Webb of the RSPB said: “The Thames is tainted by sewage whenever
London’s drains struggle. Leaping this judicial hurdle will allow it to
become an asset worthy of our world class city. Water is life and clean
river water brings a lot more life on and beneath its surface as well as
at its edges. We and the courts have chosen life.”