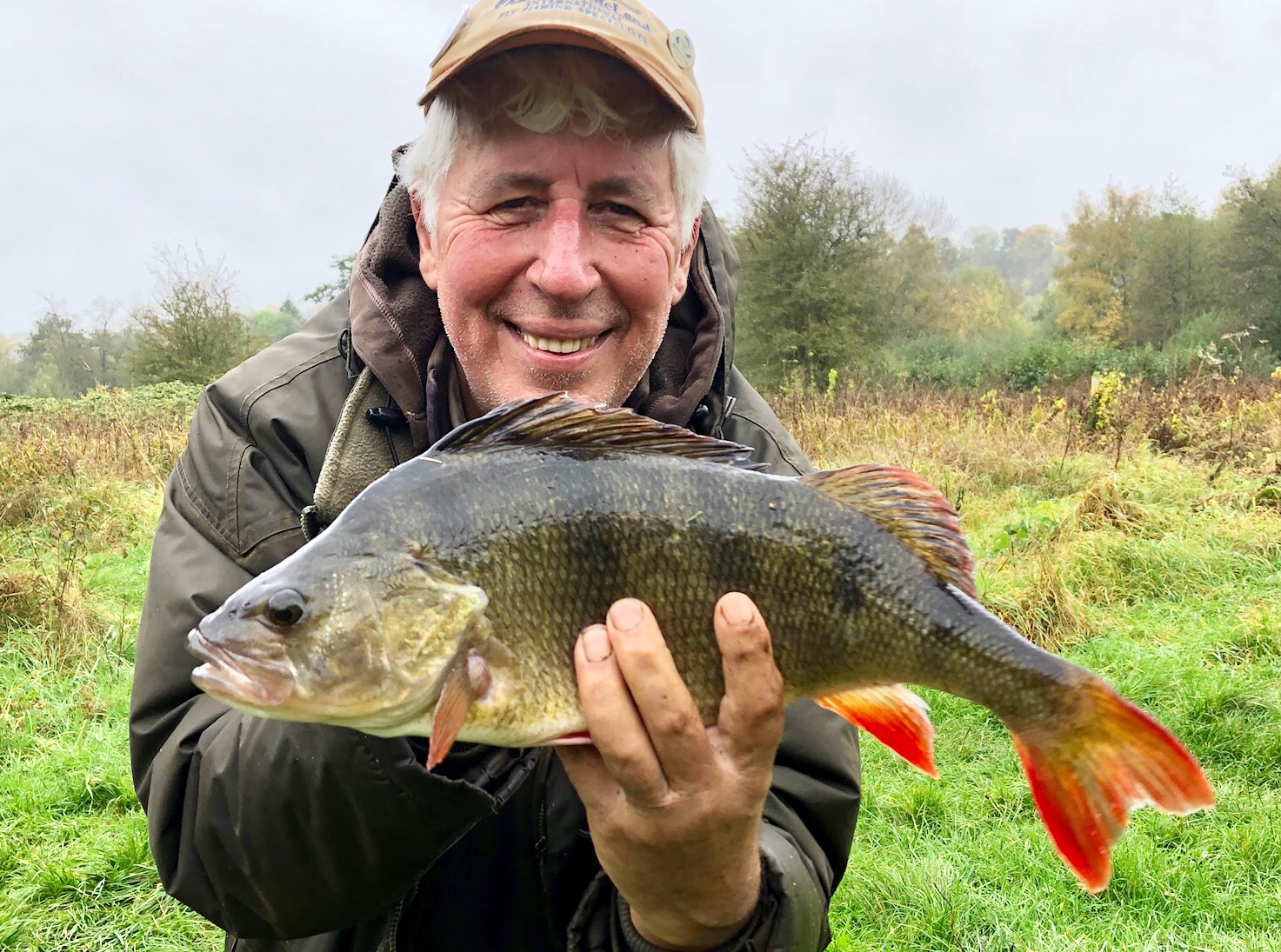 I suspect we can all recall when our fishing lives first began. I don’t necessarily mean that first little roach or perch, there are plenty of kids who experienced that but never went on to become anglers. I’m talking about the moment when your fishing became more than a occasional pastime and turned into a lifelong obsession. It’s that single fish, or catch of fish, that lit the fire. That ‘wow moment’ that set you on the road and made you the angler you are today.

For me it there are two moments from over 50 years ago that are forever burned into my fishing brain. I still remember, as if it were yesterday, the time I finally managed to make a float travel down the stream with sufficient control and delicacy to outwit some decent fish. My rod was six foot of solid fibre glass, the reel the most basic of centrepins and the float was the type of red topped crowquill that hasn’t graced the shelves of most tackle shops since The Beatles were in the charts. Those three small chub and a bigger, beautiful roach, probably weighing less than five pounds between them and taken from a tiny Thames tributary on the edge of London, still look as fabulous to me now as they did half a century ago.

Then there was that tench. Not a big tench I grant you but at a pound and a half it was the first fish I had ever caught from the pond that pulled back and actually required a landing net. I even got to watch it take my bait in eighteen inches of weedy water one opening morning some time in the 1960s. Notwithstanding the array of specimen fish of both species that I’ve been fortunate enough to catch in the intervening years that chunky green ‘bar of soap’ and that gorgeous roach remain the most precious of memories. For they were what made me a lifelong angler.

Half a century later I find myself looking back on the fish, fishing, people and places that have been such an important part of my life in angling. For sure, things have changed and not always for the better, but it’s also worth reflecting on how much comes full circle. Take those intensive pre-baiting campaigns much loved by the modern carp and specimen anglers. Just how different are they from the pre-war Thames professional fishing guides who primed favourite barbel swims for their clients with lobworms and bullock’s pith lodged in ‘heavy balls of clay? Were those highly effective milk protein ‘super baits’ developed by the Kent carpers really all that revolutionary when good old fashioned cheese paste had been doing the same job for a hundred years before?

There’s no doubt that with advancing age it becomes easier to spot the wheel of time at work. I’ve seen favourite rivers decline and others recover and become first rate fisheries. I’ve witnessed the explosion in the size of species such as tench, carp, barbel and bream whilst other fish like roach, rudd and perch retain much the same dimensions as they had Izaak Walton’s day. And, like many anglers of my generation who learned their craft on the banks of a river or presenting a delicately shotted float to shy biting fish in a reed fringed lake, I have watched with some consternation the onward march of the carp monoculture.

Perhaps it’s us anglers that have changed the most in our attitudes and expectations. I won a bit of coin as a club and winter league match angler in the 70s and 80s but rarely was this with more than 15lbs of fish. Nowadays, in a match scene over-dominated by commercial carp fisheries many anglers are aiming to catch 100lbs plus and we have the obscenity of some fisheries so overstocked that 400lbs in five hours is on the cards.

The specimen scene too has changed out of all recognition. This season I’ve had a cracking time with the tench in my local waters, finally achieving a lifetimes ambition by landing my first double figure fish followed a month later by an 11.02 beauty. Contrast this with those days when a five pounder was considered a specimen and my mate Nigel Faulkner made it into the Angling Times with a six pound tench from Windsor Great Park. Shamefully, I don’t even weigh them now unless they look close to seven – how times have changed!

However, the big fish scene is in danger of losing that all important sense of perspective. Size really isn’t everything, in fact it can in some cases be a measure of sickness and decline. Let’s take barbel as an example. When I moved to Reading in 1980 to live literally on the bank on my beloved River Kennet it was as close to ‘fishing heaven’ as a river could be. Chub and dace were everywhere and within two years I had tracked down the big roach and had five over two pounds in one single afternoon session trotting bread with a centrepin under a far bank line of trees. The barbel were not large but my goodness they were prolific. The monthly Reading & District Angling Association (RDAA) matches were often won with bags in excess of 40lbs and on two occasions I remember pleasure sessions where I had over 30 barbel on the float and probably lost another ten. I tried in vain to find the bigger fish but my personal best remained stubbornly at 8.14 and the elusive double only came my way due to the occasional excursion to the Hampshire Avon.

As much as we would like it, nothing ever stays the same. In 1990 the Kennet & Avon Canal was opened between Newbury and Reading and slowly but surely things began to change. Steadily increasing boat traffic began to colour up the water of this once crystal clear chalk stream. The swaying beds of ranunculus, for which the river was famous, began to decline and the spawning gravels became choked with sediment. To begin with very few anglers could see a problem. They didn’t see the lack of recruitment as an issue and the fish they were targeting now had less competition for food and were getting bigger as a result. Ten pound barbel were coming out regularly with some fish reaching the hitherto undreamt of weights of 16 and 17lbs. Chub got chunkier too and people stopped remarking about anything under 6lbs. But it was fools gold. Without the smaller back up fish coming through it was pretty clear that we were fishing in an old folks home.

It’s taken time and some hard work but, after ten years in the doldrums, there are signs that the Kennet is recovering. My colleague and RDAA Fisheries Officer Del Shackleford has been hard at work creating off-channel refuges to aid fry survival and jetting the riverbed in selected spots to allow the gravel spawners like barbel, chub and dace at least half a chance of passing on their genes. We even have our own Kennet Roach Project modelled on the groundbreaking work of Trevor Harrop and Budgie Price 60 miles to the south on the Avon. Small barbel, once rarer than hen’s teeth, are showing up in match catches along with plenty of chublets and a healthy number of roach. In fact, only the other month the Association match was won with 17lbs of roach in a catch reminiscent of happier fish times on the river.

And here’s a thing we witnessed as the wheel turned on our local river. The once renowned coarse stretches of the middle Kennet have seen a noticeable increase in the population of sizeable wild trout. In recent seasons it has produced fish to five pounds to both fly and coarse anglers and the lower river has thrown up specimens over ten pounds. Something unheard of years ago and proof positive that predation by otters is not the primary problem with the river that some like to claim. These big trout have filled the gap left by declining numbers of large chub and barbel in the river and are now reaching an impressive sizes.

Whilst the plague of signal crayfish, more active in the warmer months, has caused big problems for the spring spawning fish, the trout, as winter spawners, have not been so badly impacted and have prospered. So much so that our colleagues at the Wild Trout Trust believe that the RDAA Upper Benyon’s stretch has great potential to deliver quality spring fly fishing for large wild trout, particularly in the mayfly season. A view that was confirmed by trout fishing legend Charles Jardine on a recent visit. Consequently, the Association has just agreed to establish a specific trout section for a trial period and are inviting applications from new and existing members. This will be some of the most affordable chalkstream wild trout fishing in the country it is expected that demand will be high. Anyone interested should drop a line to rdaatrout@gmail.com.

I’ve written before about the wonderful sport that is now to be had on the Thames – a river where I recall as kid seeing signs warning us not to go near the water for fear of damaging our health. Nobody raises so much as an eyebrow at match weights of 20lbs of roach anymore so prolific are they in the river. Last year the Riverfest match record was set on the Thames in Reading with the leading four anglers landing well over 500lbs of bream. This year they went one better with a combined weight for the top four of 607lbs and a winning catch of 194lb 4ozs. A river full of fish is clearly good news for the perch and pike, so much so that I’ve bought myself a little fishing boat so that I can enjoy targeting them in the weirpools and other spots that can’t be reached from the bank. I’ve already had my first three pound perch from the Thames and remain hopeful of a four pounder before too long.

The other river in my top three where the stars are aligning once again is the Hampshire Avon. Here the winter chub fishing can be nothing short of spectacular with multiple catches of fish to over seven pounds coming to the right anglers on the right day. But perhaps most dramatic of all has been the revival of the roach – a species that at one point was almost entirely absent in EA surveys of vast lengths of the river. Of course the work of Avon Roach Project has been hugely important but there’s also evidence that this has been aided by improvements to fish habitat and better conditions for fry survival. To the extent that at last month’s fundraising match for the Project the fish of the day was a pristine 3.03 roach backed up by another five over the magic two pound mark. Something I’m not sure we would have seen even in the roach boom on the river in the 1980s

And so the circle turns and with it the wiser angler learns to take with a large pinch of salt the angry rantings of the doom-mongers who told us ten years ago that river fishing would be finished and the world would end.