Spare a thought for loyal government backbenchers trying to explain their decision to obey the party whips and vote down last week’s Lords Amendment to require water companies to take action to end storm discharges of untreated sewage into the rivers and waterways so beloved by their constituents. This morning they wake up to the news that they are now expected to perform very public political contortions in a collective U Turn and vote for a new government amendment which is, according to last night’s DEFRA press release – “very similar to Amendment 45 in the name of the Duke of Wellington, which was debated in the House of Commons on Tuesday.”

And the embarrassment doesn’t end there. Briefings sent to MPs to help them deal with the tidal wave of sometimes angry correspondence from their voters have been exposed as a complete and utter sham. The identikit replies they faithfully and unquestionably sent out, claiming that the Lords Amendment was unworkable and came with eye watering price tag of between £150 and £660 billion, bears no relation to either reality or the findings of the government’s own task force.

I’ve never met the MP David ? (we don’t full name and shame these days) but one of our supporters kindly sent me a copy of his standard email to constituents and it is strangely similar to many others we have seen. He helpfully posted it online because he felt – “some of the online commentary…has been very misleading.” Words I’m afraid that now need eating rather quickly.

In common with other government loyalists David reproduced ‘the line to take’ saying:

The most important thing to know about this amendment is that the Government already has a plan to tackle storm overflows and this particular amendment – which had no plan whatsoever – could have left the public on the hook for between £150 billion and £660 billion in spending. That is billion, not million – the lower estimate is more than the police, schools and defence budgets put together; the upper estimate is 3 times the budget of the NHS. The reason for this is because our sewerage systems are very old and at the moment in order to completely eliminate the problem of storm overflows you’d have to completely separate the systems, leading to huge cost and the likelihood of significant disruption for homes, businesses and our national infrastructure.

Fair enough if it was vaguely true but it isn’t.

Firstly, no one in their right mind is talking about complete separation of rain and waste water systems. As my colleague Christine Colvin from The Rivers Trust wrote in her excellent blog:

“The amendment does not require the ‘complete separation of the sewerage systems’. Some of it actually works already.

Our entire system is not Victorian and some areas, such as those to be served by the Thames Tideway, have received recent investment…Nobody is proposing digging up our entire sewerage network and starting from scratch.

Some of our sewer systems are not combined; some systems are not overflowing to the point that they result in harm. Many chronic overflows could be resolved with upstream, cheaper nature based solutions”.

You can read it in full here – https://www.theriverstrust.org/about-us/news/sewage-scaremongering-and-the-red-herrings-of-costing

And then there is the somewhat embarrassing report from the government-led Storm Overflow Taskforce which DEFRA has been trying to suppress all week and whose figures their spin doctors have been deliberately misquoting. It included representatives of the water industry, Environment Agency, Ofwat, environmental groups, and remit was to explore policy options that reduce the occurrence of storm overflows and any harm that is caused.

The fantasy figure of £660bn appears nowhere in the report which actually cites a range of lower cost options for progressively dealing with the worst and most damaging sewage discharges ranging from £3.9bn to £62.7bn with only modest impact on average water bills in the region of £19 to £58 per year. This is a far cry from the £1000 bill hike claimed by the Prime Ministers spokesman at yesterday’s Downing St briefing.

The problem for David and his colleagues is that Ministers never thought to share the true facts with them, preferring instead to selectively misquote figures from a report they kept hidden. Fortunately those of us who have been working on this issue for many years tend to get to see these things and when dirty dealings are afoot it is only right that the truth should come out.

I don’t blame MPs for assuming their party briefings have at least a basis in reality. I used to do the same myself when I did the job on behalf of the good people of Reading. No MP can be an expert on everything but for goodness sake, is it too much to expect a degree of rational enquiry from what is, on the whole, an intelligent and opinionated group of people?

Here’s a thing. If Thames Water can build the massive Thames Tideway Tunnel, intercepting 34 of the 36 most polluting storm overflows in London, at a cost of £4.6bn and just £18 on water bills for a city of over 8 million people, it defies all logic that a countrywide solution for 65 million people (London x 8) is going to cost anything remotely like the scaremongering figure of £660bn.

Failure to question the tidal wave of political crap that was being pumped out prior to last night’s ‘screeching U turn’ has, I’m afraid, left a good number of Honourable Members trying to back paddle their way out of Shit Creek. 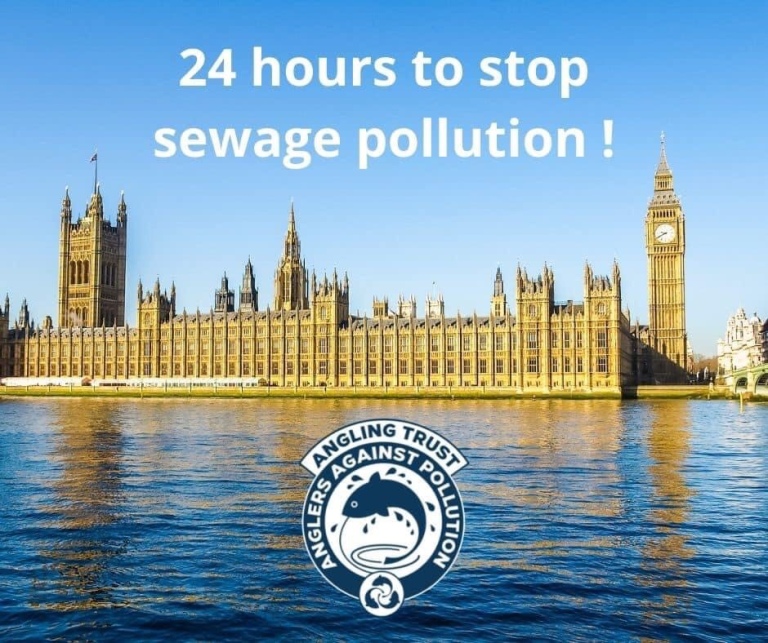 The Angling Trust will continue working jointly with The Rivers Trust, Surfers Against Sewage, Salmon & Trout Conservation and others in trying to get the best possible outcomes for our ailing rivers. We will look carefully at the government’s new amendment when it’s published and we will have particular focus on the forthcoming Strategic Policy Statement for Water (SPS) which sets the framework for water industry investment over the next five year period.

You can read more in our recent joint paper with S&TC – Time to Fix our Broken Water Sector. – http://www.bit.ly/brokenwatersector

We will want to see real action focussing on sensitive catchments where the environmental damage is at its worst. There will need to be a balance of increased investment in sewerage infrastructure triggered through the SPS and the forthcoming water industry price review, coupled with the increased adoption of the nature based solutions advocated by The Rivers Trust and others to keep rainwater out of the system in the first place.

Public outrage may have forced this welcome U Turn and whilst we know there are some good Ministers in DEFRA who have working hard behind the scenes and some excellent MPs like Philip Dunne who have been tireless campaigners on this issue, we still have a Parliament that voted to allow the scandal of untreated sewage to continue to poison our precious rivers and the wildlife they contain. If Ministers think they can get away with little or no action save for more plans, more monitoring, more ‘turd counting’ instead of taking meaningful action then I would respectfully suggest they need to heed the lessons of the last few days. 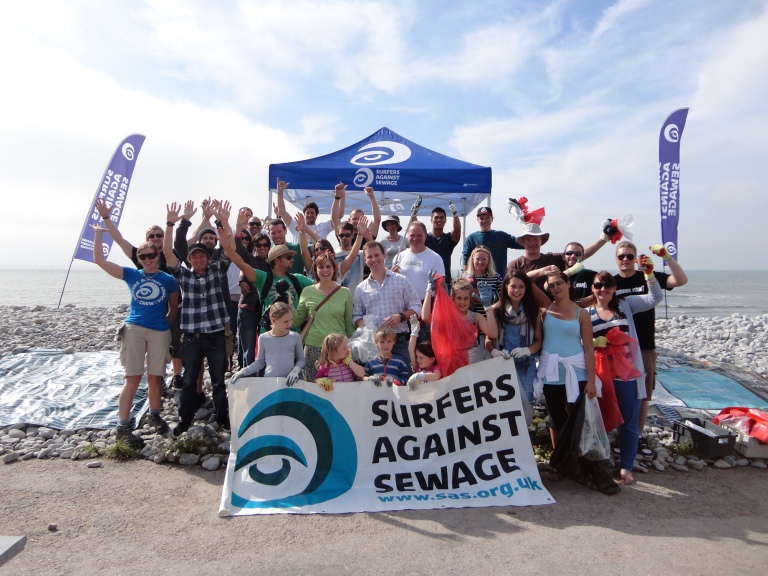 13 thoughts on “Back paddling up the creek”